Warm Up in Ochre

We have another delicious, limited edition colour way in our new Sloane Jumper and it's called Ochre.

Where's the paella?  Order me a Laksa. Meet me for a Turmeric Latte? 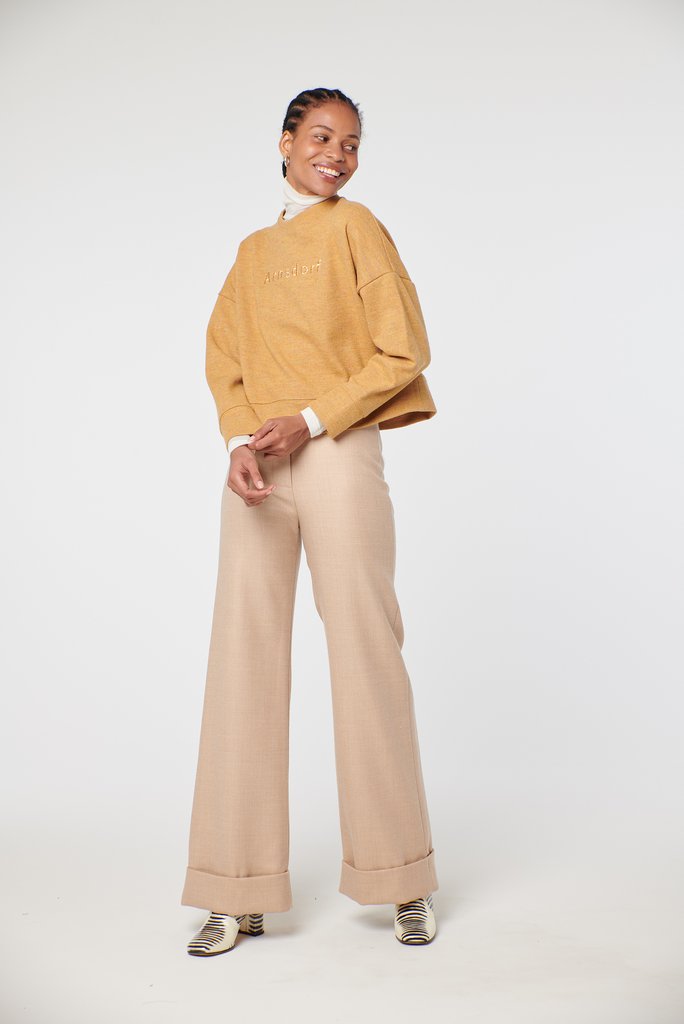 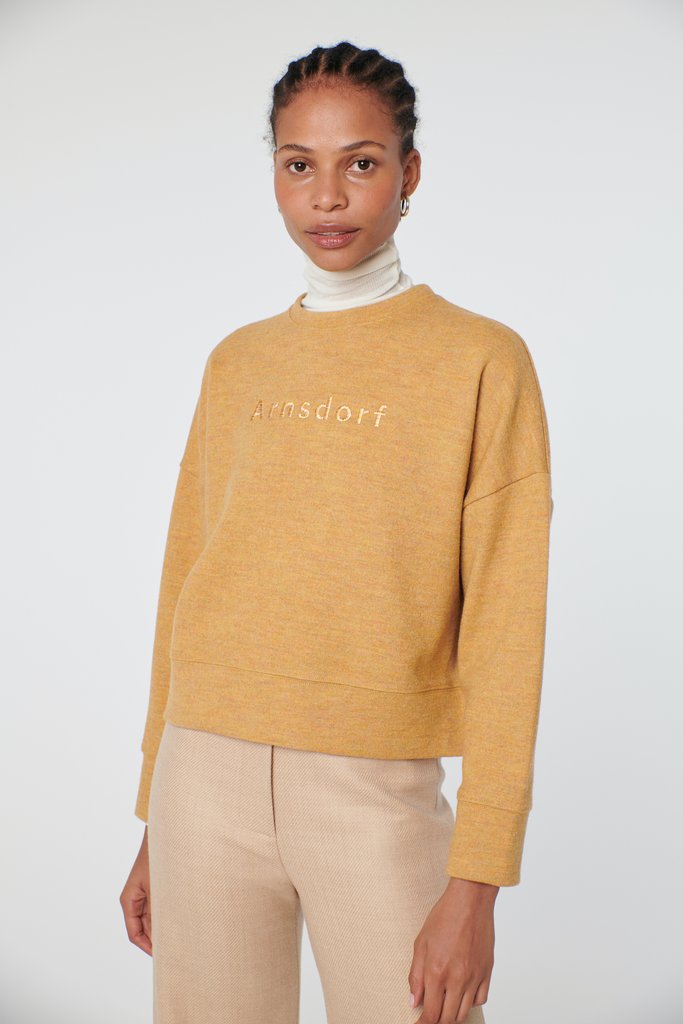 Jerri wears the Sloane Jumper in Ochre with the Vanessa Pant in Sand Wool (Coming Soon!)

Made from a medium weight 100% wool sourced from dead stock fabric, the Sloane in Ochre is a beautiful marle of golds and oranges.  The jumper features our Arnsdorf logo in a multicolour yet tonal thread which we have embroidered in Collingwood.

The styling is boxy and a little oversized so the Sloane is very relaxed and easy to wear.

Layer it over one of our Merino Skivvies or our Classic Shirt with your favourite winter trousers.

Jerri is pictured wearing the Sloane with our newest trouser, the Vanessa Pant in Sand Wool which are delivering next with a matching jacket ;) 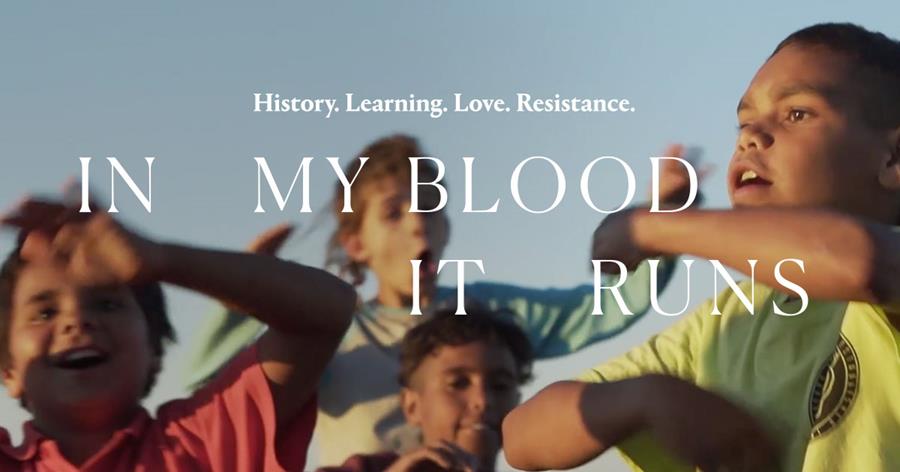 Newly released Australian documentary In My Blood It Runs was shot in Alice Springs, Sandy Bore Homeland and the Boorroloola Community, Northern Territory over three years and centres around 10 year old indigenous Dujuan Hoosan  who is a child-healer, a hunter and speaks three languages.

Dujuan is struggling in school and starts facing difficulties with welfare and police. He becomes in danger of becoming incarcerated while his family rally to give him both a strong Arrernte and and western education.

Directed by Maya Newell and all female team of directors, The Guardian describe In My Blood Runs as "quietly masterful" and both Margaret Pomeranz and David Stratton individually gave it 4 stars.

As our cinemas re-open, you have opportunity to see this amazing film on the big screen!

Buy tickets at The Lido Hawthorn, The Classic Elsternwick, Alice Springs Cinema, The Deckchair Darwin, The Ritz Randwick and HoTA on the Gold Coast here.

Stay well from all of us at Arnsdorf X